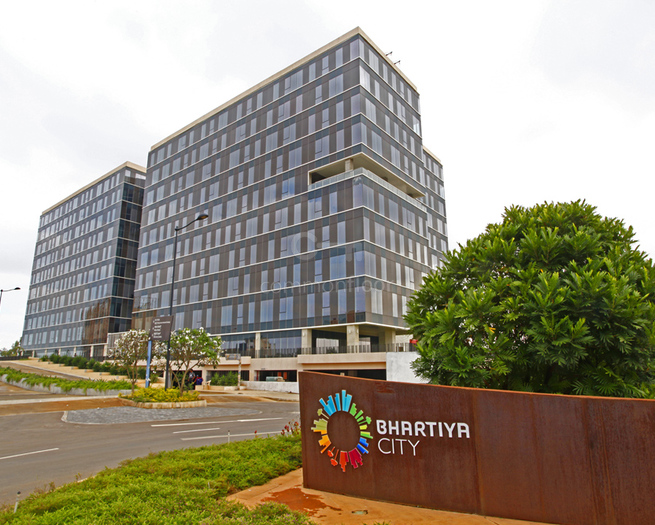 Bengaluru, Karnatakas state capital, is now recognised globally as s information technology (IT) capital. Situation in the states southeast, Bengaluru attracts immigrants in large numbers partly because of its benign climate, and partly because of human capital. The average low and average high temperature of Bengaluru are 15.4C and 36C, respectively. Earlier called Bangalore, the city is known as the Garden City because of its wide streets and greenery. Bengaluru is also known as the Silicon Valley of India because of the intense clustering of Information Technology (IT) firms. Multinational enterprises and immigrants have been vital in the growth of the city. Real estate prices in Bengaluru have been rising over the past few decades. Various South n dynasties, the Mugs, the Marathas, Maharaja of Mysore, and the British have ruled the city at various phases in its history. It was the capital of the State before Karnataka was formed in 1956.

s Kempegowda International Airport is the third- busiest airport in the country in terms of passenger traffic. The city has four major railway stations and a rapid transit system. Metropolitan Transport Corporation (BMTC) buses are also a commonly used mode of transport. BMTC also has a wide taxi and air-conditioned Volvo bus network. The sewage lines in Bengaluru extend nearly 215 square kms. The water the city receives is greater than that of any other n city. There are, however, water shortages because of the wide fluctuations in the rainwater the city receives.

Many infrastructure projects in the pipeline are likely to raise property prices in Bengaluru. The city metro system will soon be fully operational. An connects Yeshwanthpur, Hebbal, Marathahalli, and Sarjapur. Now, a nine-km four-lane elevated expressway connects the Junction and the Junction. A 288- km satellite town ring road is expected to connect the satellite towns of Bengaluru. A 116-km peripheral ring road is expected to run from the Hosur Road to the Tumkur Road. Among the other proposed projects are a 41-km mono rail project that runs from JP Nagar to Hebbal and a 33-km high speed rail link that connects s central business district and the International Airport. In , a smart city, Emprasa, is being planned.

Unlike in many large n cities, rental housing plays a more prominent role in Bengaluru. Even though it is cheaper to rent a house in here, the advance is typically higher than in other n cities.

The civic administration in Bengaluru is the responsibility of Bruhat Mahanagara Palike (P). P was formed in 2007 and has a city council of 250 members. Of this, 198 are ward corporators and the rest are other elected representatives. Much of the Ps expenditure is on public works, projects, welfare, public health engineering, road related infrastructure and storm water drains. The construction, maintenance and administration infrastructure projects in the city is done by P, in collaboration with Development Authority (BDA) and the Agenda for Bangalore's Infrastructure and Development Task Force (ABIDe).

Many global multi-national firms have offices in Bengaluru. The citys excellent educational institutions are seen as the precursor to the flourishing of the technology industry in the city. Bengaluru houses nearly 47 per cent of the 265 biotechnology companies in India. It contributes to roughly 65 per cent of s aerospace business.

Many governmental organisations like HAL, BEL, IO, NAL, BEML and T have their headquarters here. The city has offices of 66 une 500 companies, 682 multi-national corporations (Ms), 1,685 IT and IT-enabled services companies and 131 biotech companies. Many major automobile companies, too, have offices here. Karnataka is expected to become the second-biggest automobile hub in South . Volvo has plants that produce buses and trucks at Hoskote. Honda Motorcycle and Scooter Pvt Ltd have two-wheeler manufacturing plants near Bengaluru. BEML manufactures buses and trucks for armed forces in the city.

Bengaluru is one of the most cosmopolitan n cities. The city is known for its diverse cuisine, street food, film industry and music. The city has many important historical monuments like the Palace and  Fort. Many international musicians have performed here. Sports such as cricket, football, basketball and tennis are quite popular in Bangalore. Bengaluru is one of the best cities in India to witness rock concerts. Commercial Street is a major shopping area. IT hubs like Whitefield have major shopping avenues like Marketcity and Grand Mall. Known as the Pub capital of India, the city houses hundreds of clubs and bars. There are indoor snow theme parks like Snow City, which is the first of its kind in India where temperature is maintained below 5C Celsius. The Gallery of Modern Art is also in Bengaluru.